Last night we had another Apocalypse game over at the League of Gentlemen. It’s part of Goldark’s campaign about his hive fleet landing on Imperial planets. Once again, the Tyranids won by a sight margin having Goldark win every single game of the entire campaign!
So, here’s what happened during the Apocalpyse to Parcival’s Blood Angels (click for larger pictures): 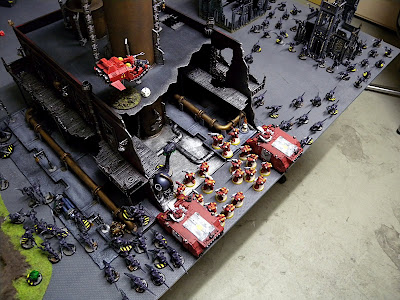 The 3rd and 4th Tactical Squad dig in in an old industrial ruin to score on the mission objective hidden there. A deepstriking spore mine can be successfully shot before it does any harm and everything is tight for flanking Genestealers. 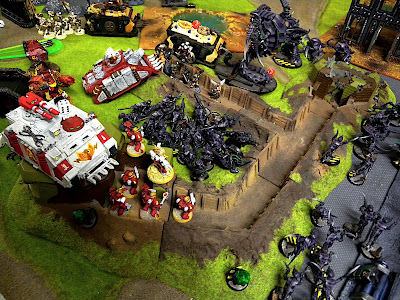 In the meantime, Parcival and his Honor Guard are fighting a desperate fight in the trenches along with his tanks and Dreadnoughts plus the support of the Inquisition. 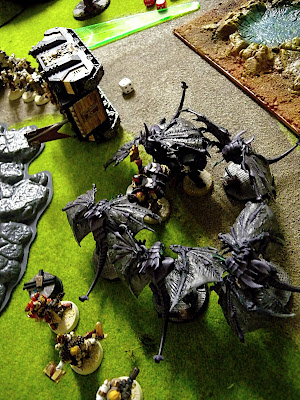 What’s that you say? Those AREN’T Gargoyles???”) 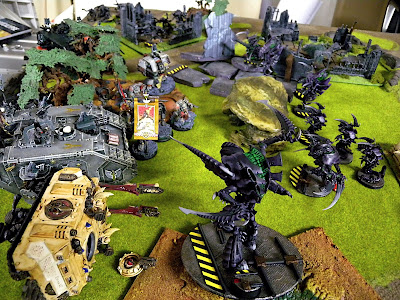 In the meantime, the Deathwing is holding the western flank. 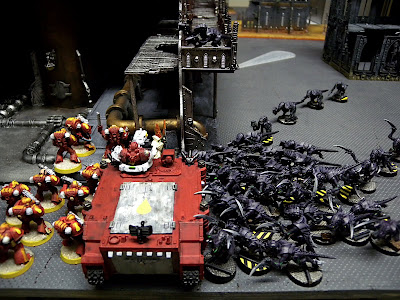 On the northern flank, the Tyranids are closing in! 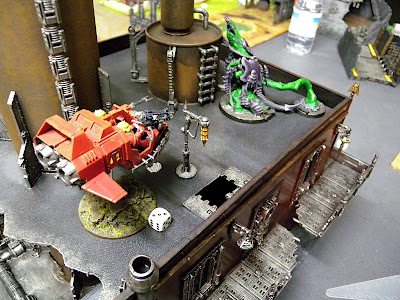 The Landspeeder is teaching a lesson to the Biovore with the remaining Heavy Bolter: it’s being shot into pieces and decides to flee. 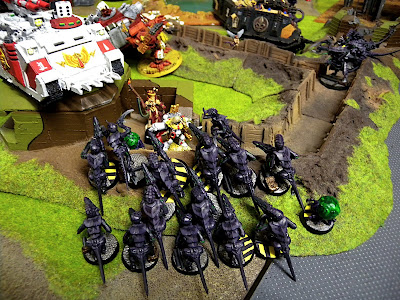 With their retinues dead, Parcival and the Inquisitor still hold the trenches against the masses of bugs. 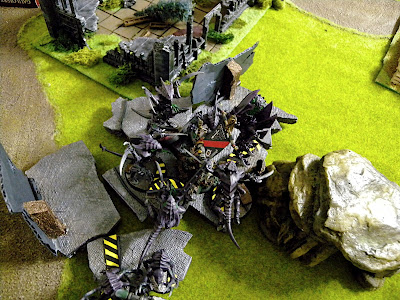 So does Belial at the western front. 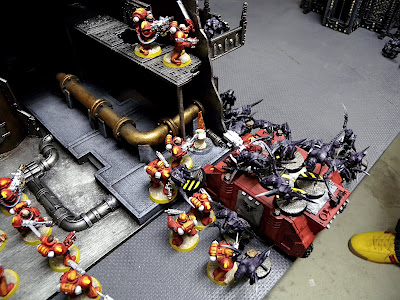 The Tyranids finally charge into the factory and the Blood Angels greet them with waves of Bolter fire. Since this was the last turn of the game, both Tyranids and Blood Angels contested the mission objective.
The Imperium lost against the Tyranids 10:12.
Posted by Unknown at 11:00