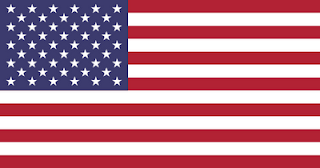 On the 4th of July I was able to play a Dust Warfare game with BoLS's very own Lux on the Dust Warfare table from the 2012 Wargames Con. In case you missed that table - it will be back for the 2013 WGC. ^^

We played a game at 150AP (army points) each since we are both rather new to the game. I was playing Allies, Lux played his Axis. Using the battle builder we came up with the following scanrio:

This was going to be a very difficult game as Break The Line meant we had to move into each other's deployment zone, but Unprepared meant that all units arrive from reserves in piece-meal over three turns. I had a slight advantage because my army didn't have any support units which would have arrived in turn three, so I was set to have everything on the table in turn two.

So I had an all infantry elite army and I knew I had to be careful with my units as you need to be with just about any elite army no matter what game system you are playing.


So this was my first "real" game of Dust Warfare. In conclusion I learned how important reactions are because pretty much anything of my army that got close enough to the Germans was immediately gunned down.
From a technical point of view, my problem was that I wasn't familiar enough with my own firing capabilities and those of the Germans.
From a tactical point of view, after securing the center, I should have sent a minimal detachment towards the Germans at 11 o'clock (just to keep them busy) whereas as many units as possible should have moved strictly towards Lux' table edge at 2 o'clock. That way I could have scored scenario points while potentially still be out of reach of his ranged weapons.
Posted by Unknown at 00:59