"Good evening sports fans, this is Jim Johnson..."
"...and Bob Bifford saying hello for this Sunday evening's recap."
"I am not lying if I say the Lar Guardians played two respectable games to day, am I?"
"Indeed, Jim, the Lar Guardins won their 2nd and 3rd game this season back to back."
"Well, Bob, first it was the Lar Guardians up against the Barak Varr Black Dragons where they had to restore their reputation after the catastrophic pre-seasoner."
"That's right Jim and Ulminiel immediately went for the touchdown in his opening drive." 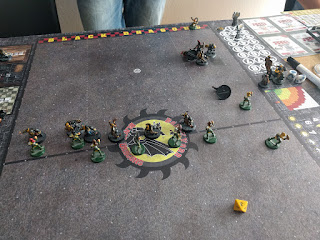 "But that's not enough, Bob: after Ulminiel's initial touchdown the Lar Guardians twice kicked the ball, took it back from the offense, and scored touchdown 2 and 3 instead." 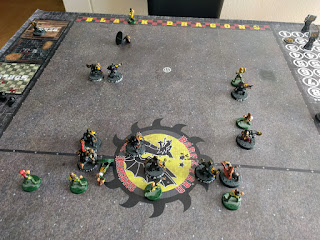 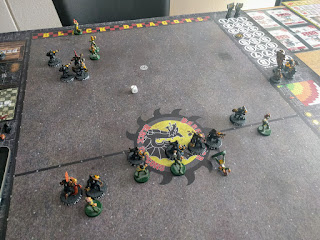 "The 3rd touchdown seemed to have brought the Dwarfs back to their senses and they started doing what they do best - moving the ball in a blob to the enemy end zone for their first touchdown in this game." 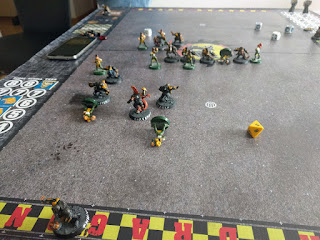 "After that a thunderstorm turned this game completely insane: the defending Garfindel with the successful Blitz..." 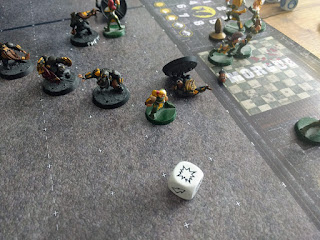 "...failed to pick up the ball twice - which is close to impossible for a Wood Elf player. People are wondering if his chamomile tea got spiked during half time." 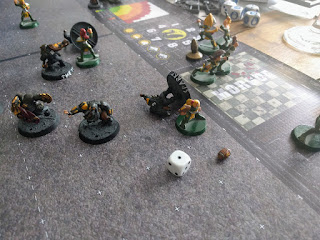 "But that's not enough, Bob, after that Thunderhorse picked up the ball and stumbled on his way into the end zone!" 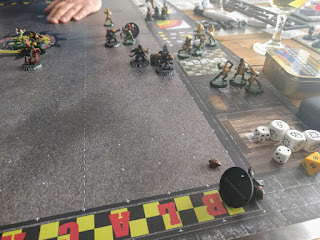 "Luckily for him no Elf was standing anywhere close and he could score after he got up again." 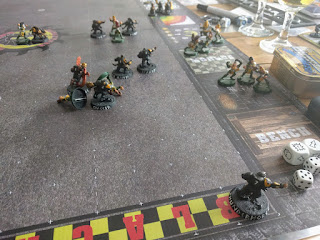 "With 2-3 still in the lead, the Lar Guardians seemed to benefit from an unlucky Dragons' kick until the bad weather made Zafiriel's pass to Ulminiel fail." 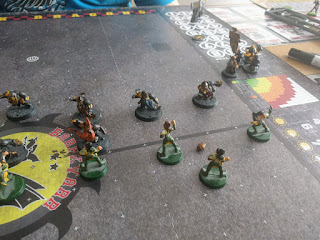 "That's right, Jim, but Ulminiel proved why he deserved that MVP trophy by still picking up the ball and make it to the end zone for the 2-4 final result."
"That's not all that counts, Bob, the Wood Elves were also cheering the fact that they lost 'only' one player in this game - some unnamed Journeyman who was quickly replaced by a second just as anonymous face." 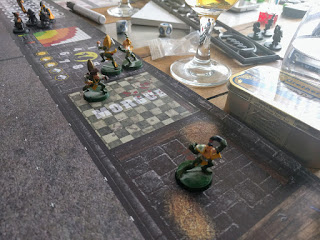 "Now for the second game against the Gribbly Dribblerz, what's new there, Jim?"
"Well, Bob, the story is quickly told: Ulminiel scored the only two touchdowns in this game." 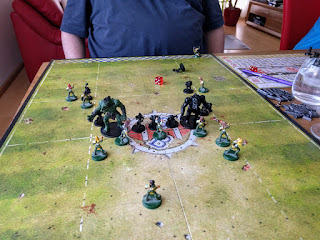 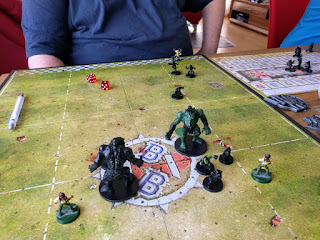 "After that, he had to leave the game due to a serious leg injury. It looks like he won't be as light-footed anymore, Bob."
"Well, Jim, on the topic of injuries we have to note that the Goblins left quite a mark on the Wood Elves, although not score wise."
"That's right, Bob, you are speaking of Zaeqrex Grapplebuttons and his chainsaw 'Alice' who was responsible for six injured Wood Elves at half time alone." 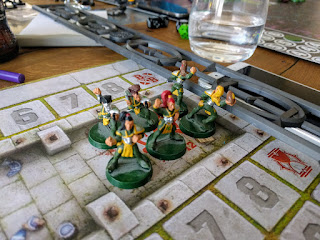 "We will continue to see the Lar Guardians play with Journeymen in the foreseeable future just to be able to fill their roster. However, Bob, this strategy seems to pay off as after this game day, the Guardians were able to contract two journeymen as regular players. Number 7 Kerbalan and number 11 Novaniel will drive the ball forward for the Guardians in the future."
"So on this note Jim and I sign off and wish a nice rest of the evening. We hope you stay with us for the Altdorf Connection - you won't believe how quickly gold can change hands when no one's watching!"
Posted by Unknown at 23:39